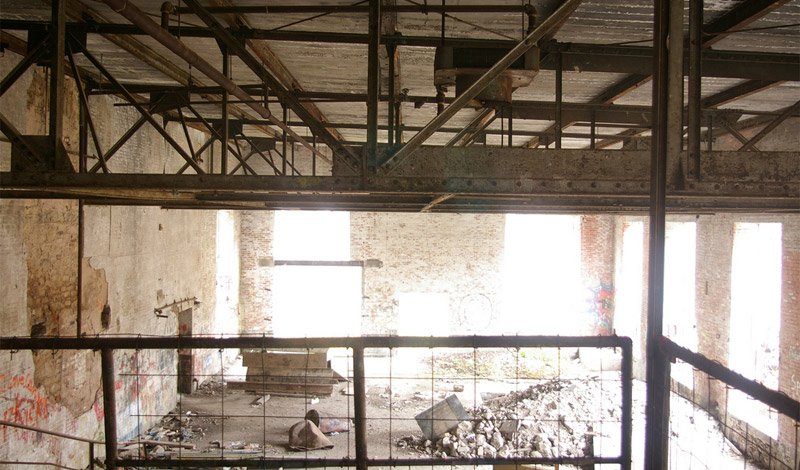 Here’s a visual metaphor for you: This derelict building is a lot like many websites. Pic: Jordan Miller

Over on his blog, Paul Boag has written a great post, that struck a chord with me, about some of the challenges of explaining the importance of “digital” to his clients.

He writes: “My problem is that too often management see digital as a capital cost, rather than an operational one. In the eyes of management and finance you ‘buy’ a website, content management system or some other digital ‘asset’.

“In essence they see digital like purchasing a building. You buy it and then spend a small amount on ongoing maintenance. But in truth it is more like planting a garden. Yes there is an initial cost but there is also a significant ongoing investment in that garden reaching its maturity. Planting the garden is only the start.”

He writes: “I cannot get organisations to move digital from one column of a spreadsheet to another.”

At New Story Studio, my focus is on digital content strategy (the messages, stories etc) rather than the digital transformation of organisations. Because I do content strategy, my clients tend to be a little more digitally savvy, and aware that their websites are more than static brochures.

That said, digital content cannot be effective if there’s no suitable place for it. So, I often find myself in boardrooms trying to explain smarter organisational approaches to digital, which often veers into the territory that Mr Boag is writing about.

Which brings me to my “One weird trick”.

Near the end of his post, Mr Boag asks his readers: “How would you go about overcoming this [spreadsheet] problem?”

I could give a GDS-style answer here, about the importance of evidence in convincing senior leaders about the need for digital change.

But my real answer is: I go about overcoming this problem very carefully. In fact, I try and avoid working long-term with organisations who are not open to the idea of “digital” being an operational expense, rather than a fixed project.

To avoid wasting anybody’s time, I try and determine, early on, if an organisation is worth working with. Change is hard. And many senior staff, for various understandable reasons (often political), will try and avoid it.

My one weird trick

So, here’s my “One weird trick that reveals if your organisation needs to rethink its approach to digital”:

When I’m in the boardroom, I listen out for a senior member of staff aggressively pointing out that “websites are built”. That’s the trick. Listen to your senior staff talk about the organisation’s website, and their plans for it.

I’ve found that if an organisation’s senior people are using this “websites are built” phrase, they tend not to see their website as a product needing ongoing development, but they do often believe that they’ve got this simple “digital thing all wrapped up and sorted” (and the Dunning–Kruger effect will often be present).

Sometimes I’ll try an explanation such as: simply believing that a “website is built” is similar to believing that an effective TV advert emerges after a filmmaker has switched on the camera for three minutes, and done nothing else. Because the truth is websites are produced… there are thousand of decisions to be taken, and so many factors to be considered etc. Iteration etc!

Or I’ll appeal to their need for ROI. Here’s Sam Dorman: “it’s a much better return on investment to treat your website like a product”

“With the product model, once you make the initial investment to build something great, it takes a much smaller ongoing investment to keep it great. And if you do that, you’re getting strong value and a great product during its entire lifecycle.”

If, after my reasoned arguments are heard, the “built” opinion is still being aggressively expressed, it can be a sign that changing hearts and minds is going to be particularly challenging / boring, and that perhaps I’d better recommend an alternative course of action.

As Mr Boag writes: “The idea that digital is a capital expense comes from how we have dealt with websites in the past. We have redesigned our sites every few years and then abandoned them in the intervening time. This made sense in the past where websites were little more than brochures. But when a website becomes business critical this thinking fails…”.

Contact Ciaran for a chat about aligning your digital communications, content, SEO, and websites with your customers.

We align campaigns, content and websites with actual customers to generate great results for our clients.

New Story Studio is home to digital marketing consultant Ciaran and his team.

Based in London, UK.