How to create social media campaigns, and content, that gets shared 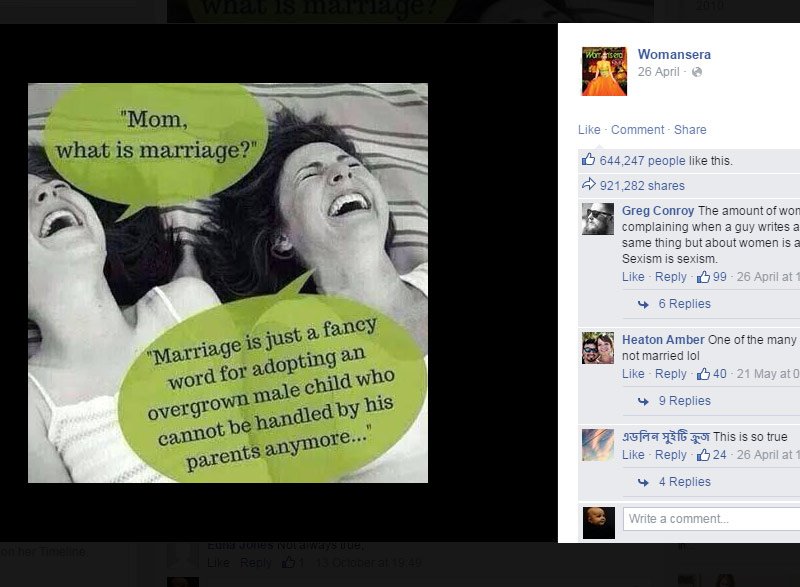 Pictured: Sharing content is a popular form of self expression, especially when linked to identity formation (and the identity of our relationships to others).

Updated for 2018: Here’s a summary of social media advice. Every successful social media campaign that I’ve been involved with has drawn on a combination of these elements. I hope you find this list useful.

Sharing content is a popular form of self expression, especially when linked to identity formation (& the identity of our relationships to others).

People will often share content to express something about their identities, and their relationships with other people. In this way, content can be used to strengthen social bonds.

“I think one thing we have in common is a very deep need to express ourselves… a lot of these very traditional physical human activities, these acts of self-expression, have been moving onto the Internet” – Jonathan Harris

“You’re coming to Buzzfeed’s homepage not for yourself, but to find something to share with someone else.” – Jonah Peretti

Ambiguous messages hinder self expression (messages that tap into Confirmation Bias will often do well).

“Who wants to share a story that can be misunderstood? Nobody wants to take ownership of a political article where there is no truth – only further information, and complex developments that even experts can’t agree on.” – Annalee Newitz

Re: Confirmation Bias – “people don’t want something truly new, they want the familiar done differently” – Nir Eyal. For more examples of social media “hoaxes” (often stories that are honed to conform to what the audience wants to hear), see here and here.

Topicality – especially topicality in the physical world will get shared.

“Studies show that when you expose us to something new, our brains reward us with a booster shot of the feel-good chemical dopamine.” – Jordan Kasteler

E.g. Many brands creating topical Olympic (big event) themed messages – as topicality brings attention. However only a few are combining this with point 1 – self expression, and have zoomed in on an influential hero, with a large following.

Emotions such as happiness, joy and awe are infectious (as is anger and suprise).

“altered emotional states — whether we find something hilarious, horrifying or just plain weird — are integral to anything we share on our feeds, facilitating a shared emotional experience with our friends out there in cyberspace” – Lore Oxford

“By seeing the miraculous in the mundane, we’re learning to fall in love with the world again, to laugh with it, and to be fascinated by it.” – Abigail Posner

“when you see your aunt’s face swapped with her cat’s or your boss’ face on your own… it screws with your in-built facial recognition — an area of the brain called the fusiform face area. It’s why the face swaps featuring people we know are so spectacularly weird.”

“Sigmund Freud defined encountering the unfamiliar in a familiar setting as the ‘uncanny’ — a ‘thrilling state of arousal’.” – Lore Oxford.

Tap into communities that already exist.

Positive impact. People like to make the world a better place (especially if it requires little effort).

Appeals for good causes, evidence from charity stunts get shared – especially if they allow the sharer to express themselves. See: The Ice Bucket Challenge etc.

Social acceptability. There is a private-social dissonance – some topics are shared less than others because they are deemed less socially acceptable.

A formula for the perfect headline:

“Emotion: There’s an emotional element you need in your headline. Is it beautiful, shocking?
Genre: You have to tell the reader was to expect. What is the content? Is it images? Facts? Charts? Quotes? Video?
Topic: In any industry, there are en vogue topics: Uber, artificial intelligence, machine learning, Donald Trump. Or perennial topics that are always en vogue like cats, dogs, babies, long life, and love.
Format: Is it a list? A quiz? A story? A research post?
Promise: The most important element – “Will Make You” was the top phrase on Facebook by miles and it’s because it connects the content to the impact on the reader.
So, something will make you more productive, more informed, happier, whatever it may be – there’s a clear promise in the headline.”

Example: “27 Amazing Charts That Will Turn You into a Baking Whiz,” has all of those five viral elements:
Format: “27,” it’s a list post.
Emotion: “Amazing” is the emotional, superlative word.
Genre: “Chart” is the content type.
Promise: “That will turn you into” is the promise.
Topic: “baking” is the topic.

Content for sharing, not reading. So package that opinion

On hoaxes and social media

Infographic about social media and virality